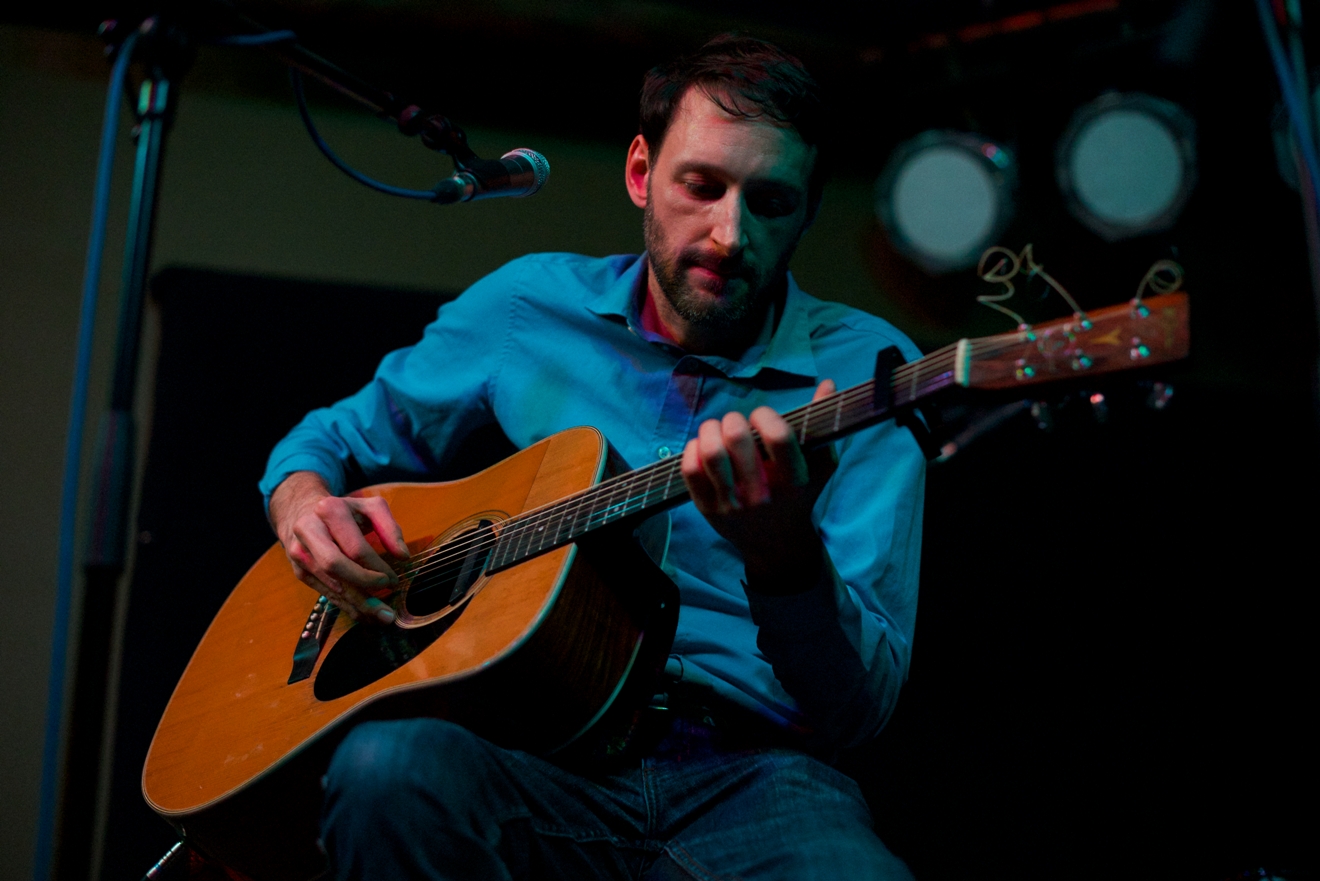 Alasdair Roberts is a Glasgow-based musician – primarily a singer and guitarist – born in Germany and raised in central Scotland. Acclaimed by Folk Radio UK as ‘one of our most talented, important and relevant songwriters and song-adapters’, he has released several critically acclaimed albums of his music via Drag City Records over the past two decades.

Alasdair draws upon the traditional song and music culture of Scotland, and further afield, to create both his own idiosyncratic and evocative compositions as well as fresh interpretations of folk songs and narrative ballads. His most recent album is The Old Fabled River (2021), recorded in collaboration with the Norwegian group Völvur; it features four new self-written songs as well as both Scottish and Norwegian traditional songs.

Alasdair enjoys a wide range of collaborations with fellow musicians, as well as with artists from other disciplines. He plays in the groups Furrow Collective, Current 93 and Green Ribbons and has toured extensively both in the UK and worldwide, both solo and with various musical companions.

‘One of our most talented, important and relevant songwriters and song-adapters.’ – Folk Radio UK

‘An artist in consummate control of his art’ – Uncut