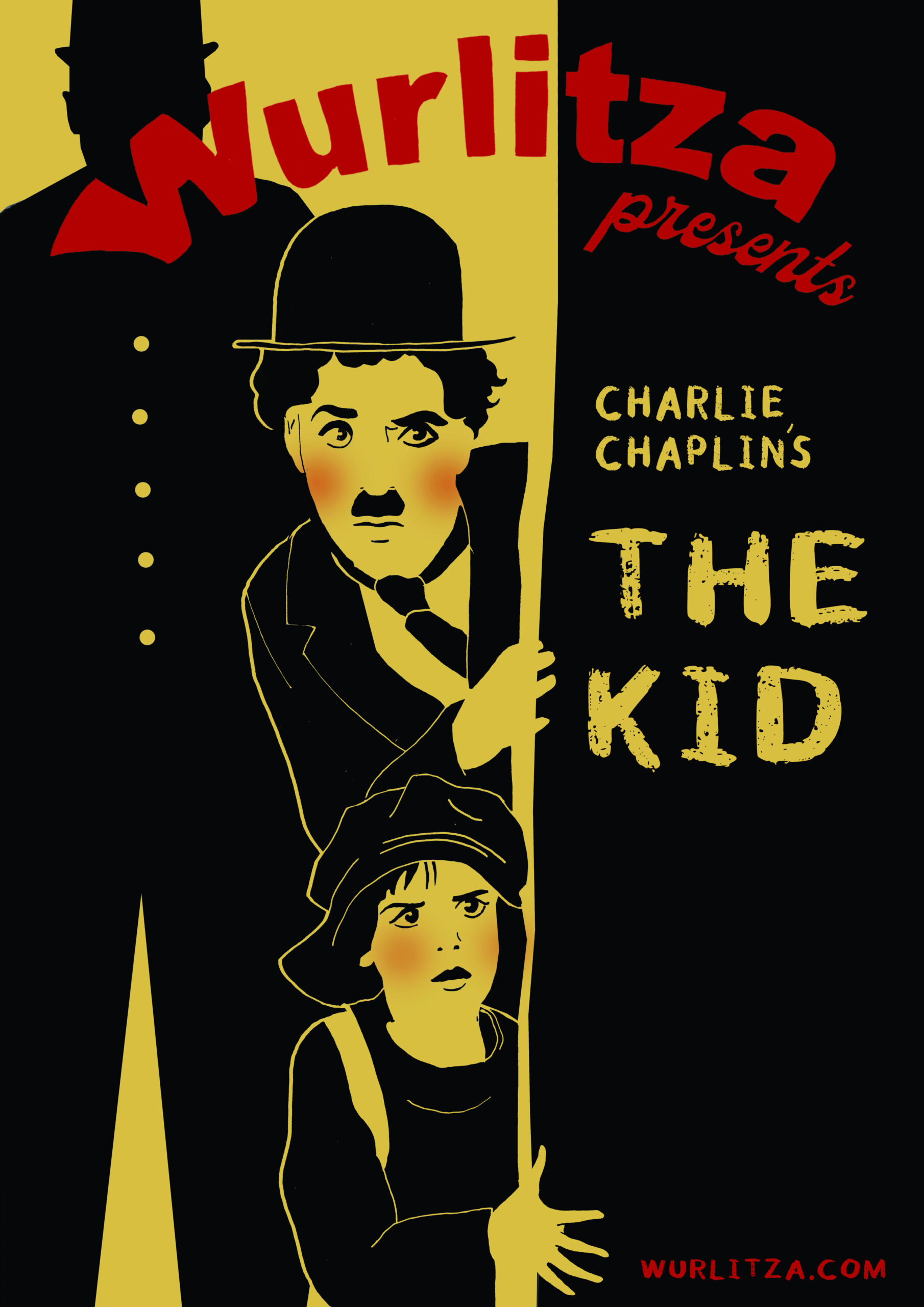 Returning to The Old Chapel after two successful shows in the past, Wurlitza deliver so much more than a soundtrack to silent films. Their choreography, split second timing and hours of rehearsal combine to deliver a unique cinematic and musical experience. Blending old and new, classical, jazz, pop and more, Wurlitza cross genres and defy convention.

Their latest film is the The Kid: A life-affirming love story between a tramp (Charlie Chaplin) and his adopted son (Jackie Coogan). Originally advertised as “six reels of joy”, The Kid broke all barriers of convention, being the first film to combine dramatic action, a strong storyline and slapstick comedy. It was Chaplin’s first feature length film as a director and became the second-highest grossing film of 1921.

Their soundtrack for the Kid includes music by David Bowie, Sham 69, The Beatles, Nick Lowe, Django Reinhardt, Debussy and Chopin.

In a departure from Wurlitza’s usual hard hitting films, The Kid is completely suitable for all ages. Wurlitza will be accompanying The Kid with another comic short film.

Chaplin’s story is one of rags to riches; as a child he spent time in London workhouses and lived for a while on the streets after his mother was admitted to an assylum. Chaplin’s difficult early start made him a man of enormous compassion.

Much of the magic of the film is the chemistry between Charlie Chaplin, and the astonishingly precocious Jackie Coogan, which is a delight to watch.

Jackie Coogan became the child star of his generation, earning over three million dollars, which would have been due to him on his 21st birthday. However, five months before he came of age his father died in a car crash, of which Jackie was the only survivor. His money was frittered away by his mother and step father, leaving him nearly penniless. This led to a law suit that resulted in the passing of the Coogan Act, that protects the earnings of child actors.

Jackie Coogan continued his successful acting career as an adult, later being cast as Uncle Fester in the Adams Family.

“Why does Wurlitza work? Because they bring magic. And that is never a bad thing.”

“I would travel to another continent to see Wurlitza.”