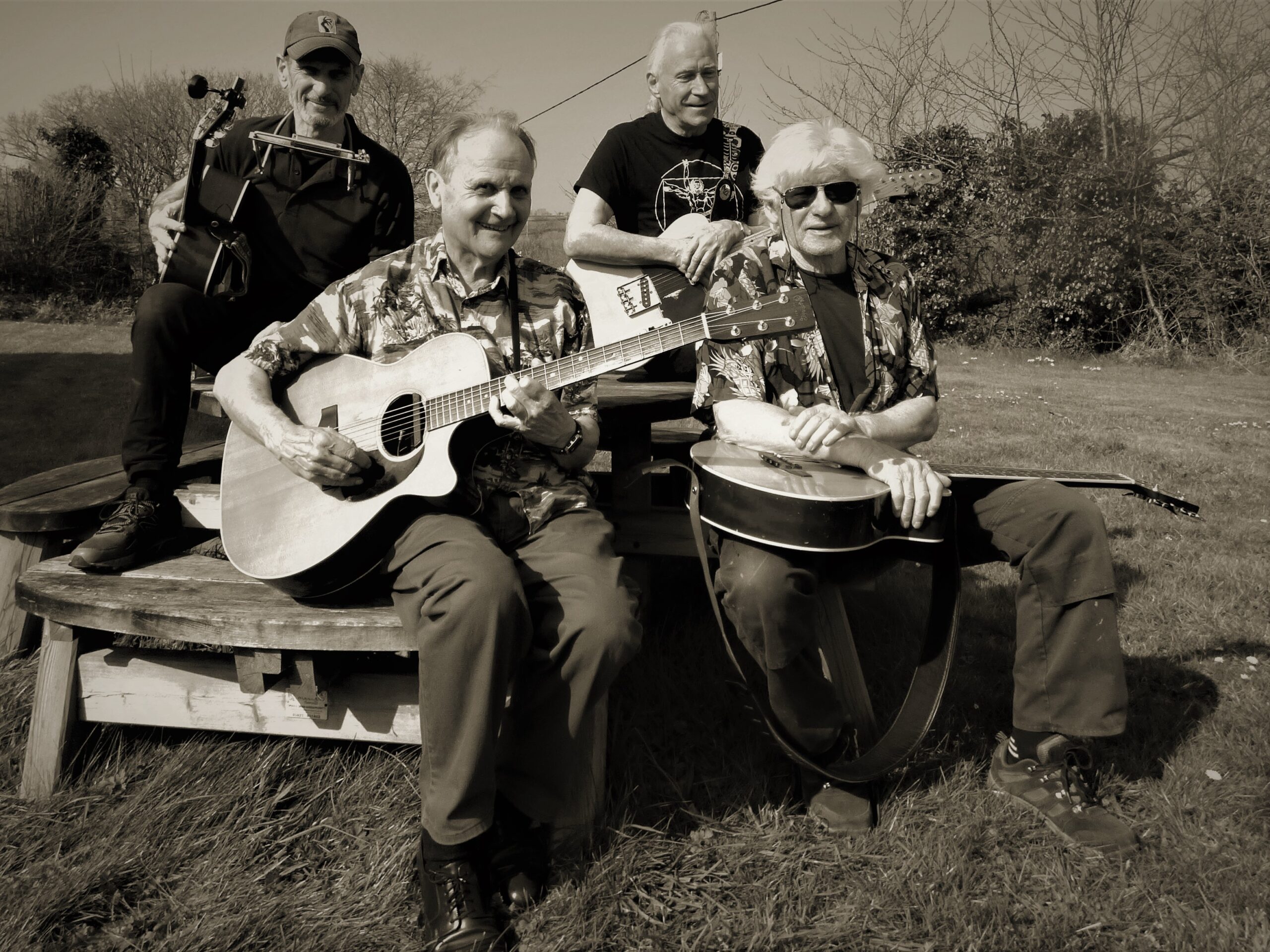 Gareth Hedges has played and recorded in the UK, America, Europe and even Australia. He is a wonderful guitar picker and has a lived in, authentic vocal style, having learnt first-hand from artists like Bill Munroe, Doc Watson and Peter Rowan, all of whom he has spent time with.

George Nixs is a flamboyant, virtuoso lead guitar player and his playing lights up a lot of the material the band do. He used to do session work at Abbey Road Studios and counted Peter Green, Eric Clapton and the Hollies among his musical friends. He played with future AC/DC frontman Brian Johnson, in a band called Geordie in the 1970s.

Colin Boyd is well known locally as one of the best Bass players around and has a distinctive style all his own. In the past he has famously worked with the Kinks and Lou Reed!

Jeff Horsey played in Exeter based band Junkyard Angels and toured widely, backing Louisiana Legend Tabby Thomas and playing alongside artists as diverse as Geno Washington, Peter Green and even Screaming Lord Sutch. He gets to concentrate on his singing and Harmonica playing but also plays some Slide Guitar.

Together they perform funky versions of well-known blues covers, lesser known songs you wished you had heard before and a few original numbers, all blending into an exciting, highly listenable gumbo with lots of harmony singing giving them a special edge. The music sweeps from almost Bluegrass acoustic numbers to full on Chicago style Blues, touching base with Rock n’ Roll and even Skiffle on the way!

Loud enough to dance to and quiet enough to listen!

Free entry - bucket for the band