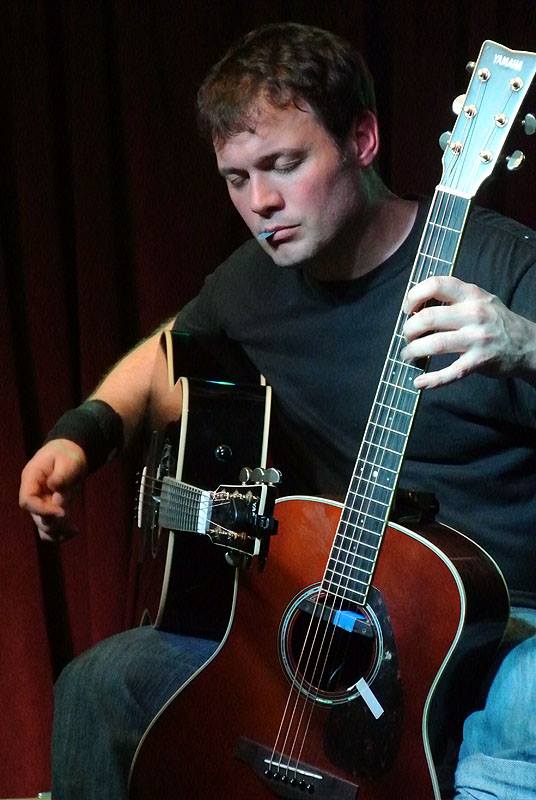 Americana folk roots music with virtuoso presentation, with a touch of clean comedy thrown in for good measure.

The Texas-born troubadour who learned to play in Austin, perform in Los Angeles, craft songs in Nashville, and put it all together in London has played all types of music in all types of venues in his storied career. His adventurous, boundary-breaking guitar playing (sometimes at the same time) earning him the title “The Two Guitar Man” has led to performance invites across America, India, Africa, and Europe.

In 2018 Michael Eavis asked him to headline the 11,000 people Glasto Extravaganza at Glastonbury Abbey when Paloma Faith was forced to pull out – leading to a spot on the Acoustic Stage at the last Glastonbury Festival, where he went down a storm!!

John Marshall-Potter, FolkEast – ‘Every year there will be one or two artists that take the audience completely by surprise. This year Rodney Branigan was undoubtedly that artist, his name being mentioned in our feedback over and over again as peoples stand out act’