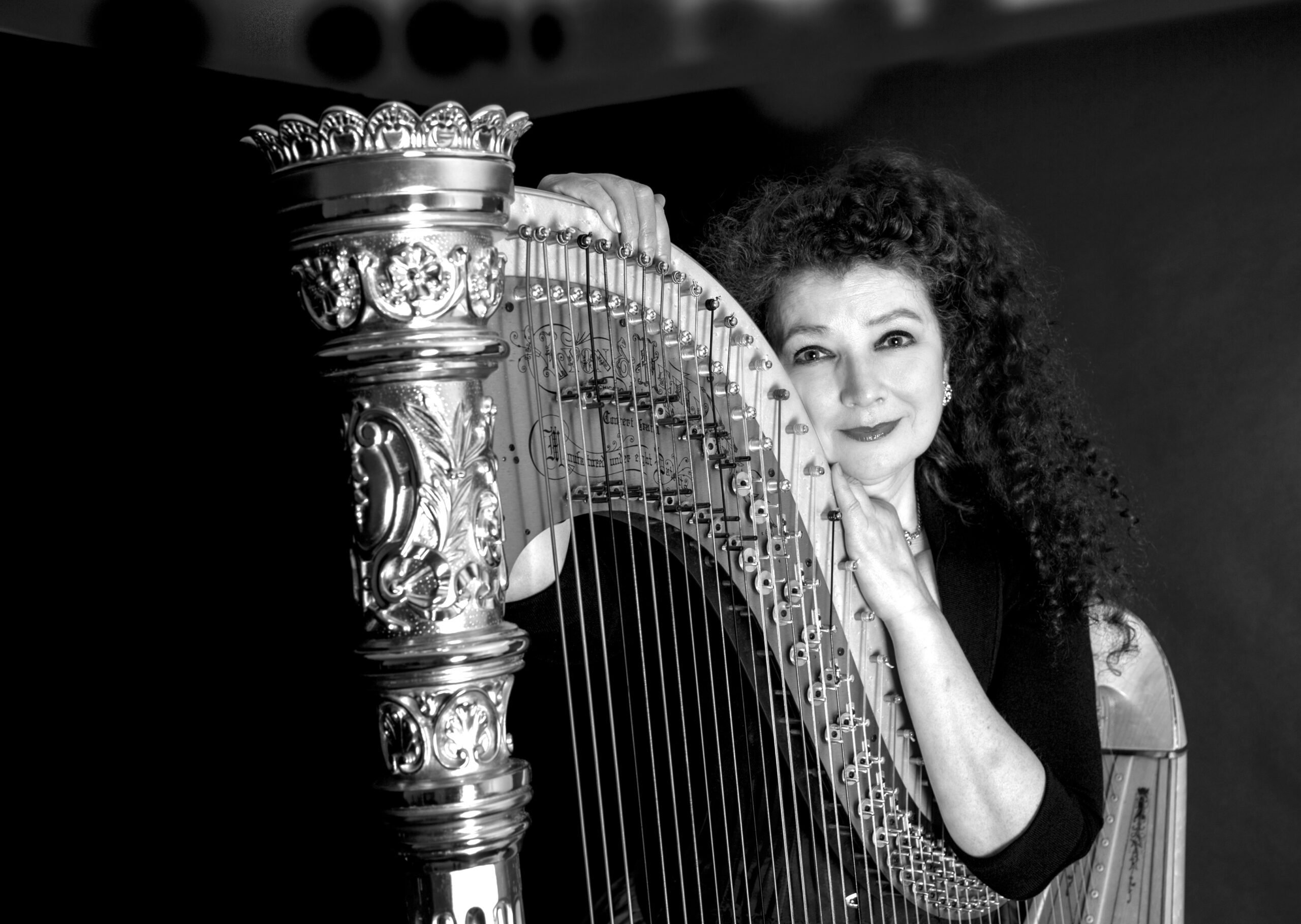 “She is a great artist and consummate performer. She can draw more tone colours out of the instrument than any other harpist living in the world today.”

Elizabeth-Jane Baldry fell in love with the harp as a little girl whilst reading fairytales in which the harp possessed magical powers! She grew up to study at Exeter University and the Royal College of Music and has been a full-time professional musician for almost thirty years, performing internationally.

As a recitalist, she is well-known for her warm and approachable presentation style. The Bath Chronicle said of her: “It is hard to say just which was more pleasurable – the exquisite playing or the often deliciously outrageous stories of composers’ lives that Elizabeth Jane recounted in between the music.”

She is the only specialist silent movie harpist in the world, playing live to cinema screenings of early film, and has won multiple awards for her silent film accompaniments and compositions. Her uniquely rich tone on the harp has graced film and TV soundtracks screened in over thirty countries including America, Canada, Iceland, Kenya, Iran, South Africa, Poland and Cyprus. Her compositions have been used by ITV, the BBC and by Irish, Japanese, Danish and Canadian film, radio and television.

A life-long lover of nature, Elizabeth-Jane lives in the Dartmoor National Park where she is currently creating a little woodland theatre. She hopes it will become a magical place for people to gather together under the trees and share food, friendship, and art.

Tickets £12 on the door, £11 advance, £1 reduction for Friends of Calstock Arts